lake of wonder, loch of mystery
what secret lies beneath such beauty?
legends of serpent-monster forebode
haunt local folks in their own abode

then I find myself in deep a thought
what bliss to me this lake has brought
no matter what the legends profess
never can I forget Loch Ness.

– between
myth and legend
is mystery.

I welcome your comments. Thank you! Cancel reply

Welcome to my blog.

Chito L. Aguilar is
an engineer by education,
career service professional by occupation,
family man by devotion,
amour-aficionado by vocation,
blogger by avocation, and
photographer by inspiration.

This Blog features pages from my Book, plus more…

The book is a collection
of some
snippets of thought –

thru the dimples of our lives,
along the pathways of love and friendship,
on foamy froth, across unscented flames
to renegade musings of an ebullient midlife…

in shifting shades
and
in-betweens.

No part of this blog site can be copied, reproduced, stored in a retrieval system, or transmitted in any form or by any means, electronic, mechanical, photocopying, recording or otherwise, without the prior permission of the author.

"I will be happy to share my work.
Just let me know of your interest
and give due acknowledgment."

"SHIFTING SHADES" is my allusion
to Life’s ever-changing ‘colors’.
It is my metaphor on the constantly varying
faces and phases of existence;
the turns and churns in Life;
like a color spectrum. 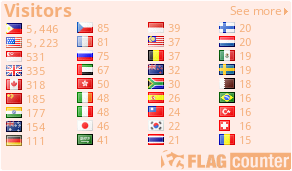 Thank you for your visit.

Thanks for Award nominations, but I decline…

"I write not for wealth or fame
I seek no poet's laurel bough
Tho' no plume will carve my name
Let my heart through pen ink flow.

My psyche to fore be brought
To share with those of my kind
It is when I write my thought
That one gets to read my mind."

My home region is simply…

I doff my hat in quiet gesture of gratitude
to all the writers and poets (living or dead)
whose timeless quotations appear in this blog.